Flight time: Adults have been observed from early-April through late-September.

Distinguishing features: The upper wing surface is dark red-orange, with a hooked forewing apex and a short tail on the outer hindwing margin. The lower wing surface is a plant brown-gray color, and mimics the appearance of a dead leaf.

Distribution and habitat: Limited to the southern half of the state where it is very rare. Adults have generally been seen in sandy woods and fields adjacent to rivers.

Natural History: Larvae consume Croton species, which are uncommon plants of southern Iowa sand prairies. Adults feed on fermented fruit, sap, and dung piles. This species has been observed on multiple occasions in Waubonsie State Park in Fremont County, making it likely that a resident colony exists there. The remaining sightings are once-only occurrences. However, the location of a slightly-worn female in April in Linn County in 1991 suggests that other temporary breeding colonies may periodic exist in the state. 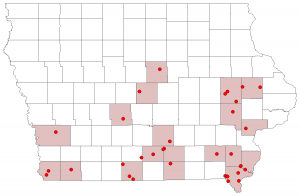 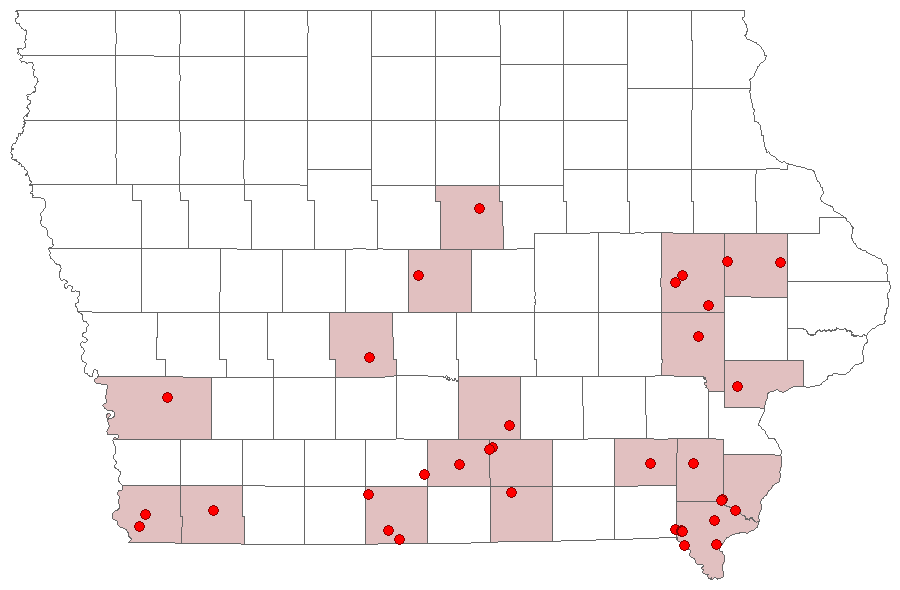 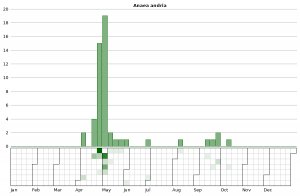 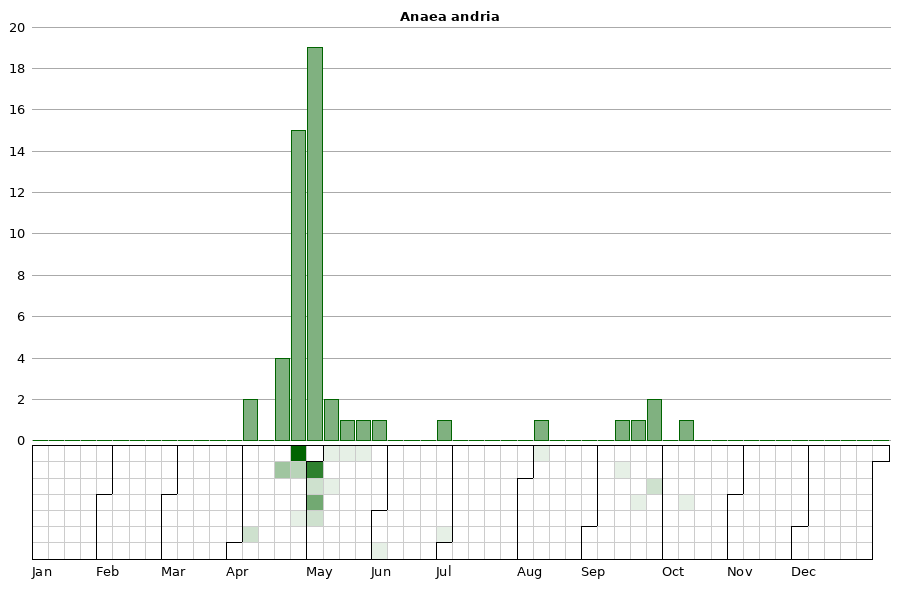 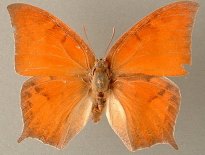 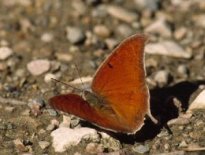 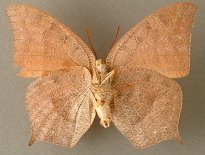 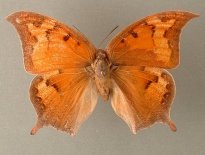 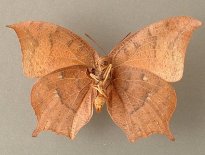 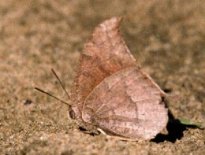 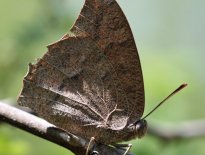