Distinguishing features: The Arogos Skipper is rather small, with an unmarked yellow-tan color below. The upper wing surfaces are orange-tan with dark margins with a pale diffused appearance.

Distribution and habitat: In Iowa this species is restricted to high-quality prairie remnants in the northwestern third of the state, where it favors mesic to xeric sites. It can persist on small, unmanaged railroad prairies, although a the time of this writing some populations have apparently crashed on some larger fire managed sites.

Natural History: On Cayler Prairie it occurs in the same areas as the Poweshiek Skipper, although it flies immediately after the Poweshiek populations have waned. Competitive phenological displacement could be involved, as has been shown with other skippers in the Loess Hills (Schlicht & Orwig, 1992). Big Bluestem (Andropogon gerardi) has been reported as a larval host in Kansas, although other grasses may also be eaten. The type for this genus is based upon 1869 Crawford and Greene County collections. 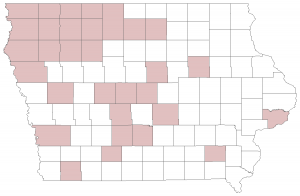 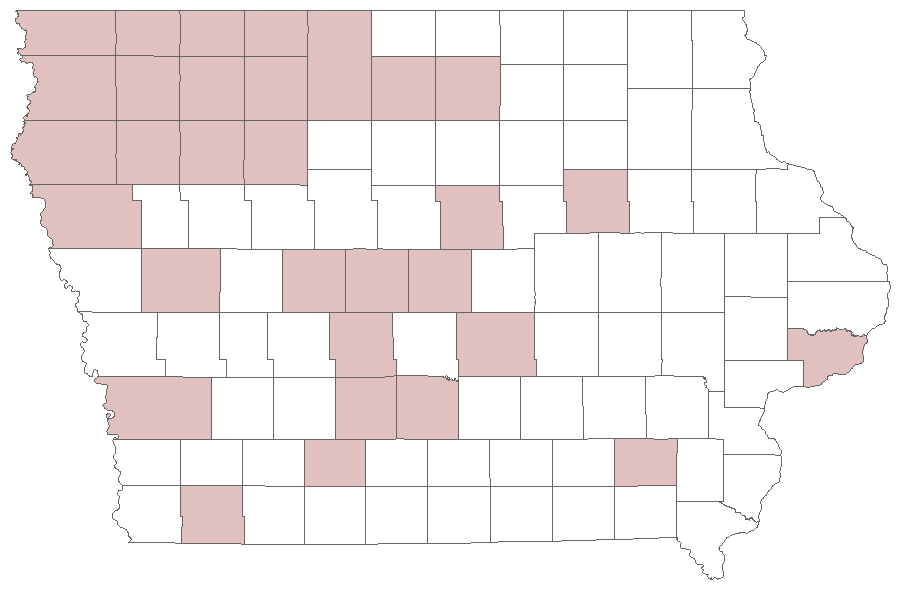 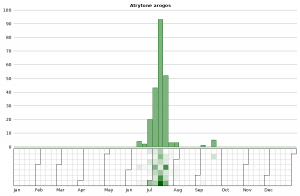 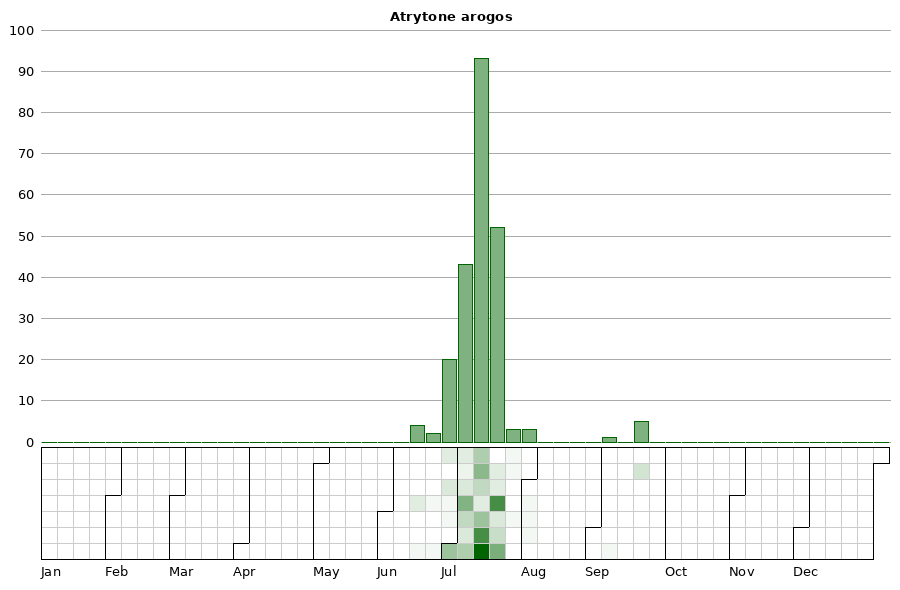 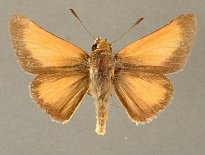 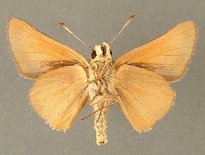 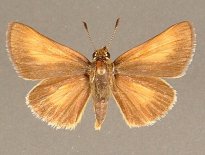