Flight time: Multiple broods; the first from late-May to early-June; the second from late-June through July; the last from mid-August to early-September. A rare partial fourth brood may appear from late-September to frost.

Distribution and habitat: Scattered, but frequent in the western half; scattered and uncommon to rare in the east. Across Iowa, populations appear essentially limited to native prairies.

Natural History: Larvae consume a wide assortment of legumes. Iowa populations seem to often occur in prairies with large amounts of leadplant; perhaps this species serves are a preferred host in the state. Even though considered by most authorities (e.g. Opler & Malikul 1992) to not overwinter in Iowa, our observations suggest that this is not always true. First, it is essentially limited to native prairie; if it were a migrant, it should be found across a wide variety of habitats. Second, at a given site, many fresh adults mark their initial emergence in spring; this also seems unlikely for an emigrating species, when a few worn adults should mark its initial occurrence. Last, populations have proven to be persistent on given sites over multiple years. 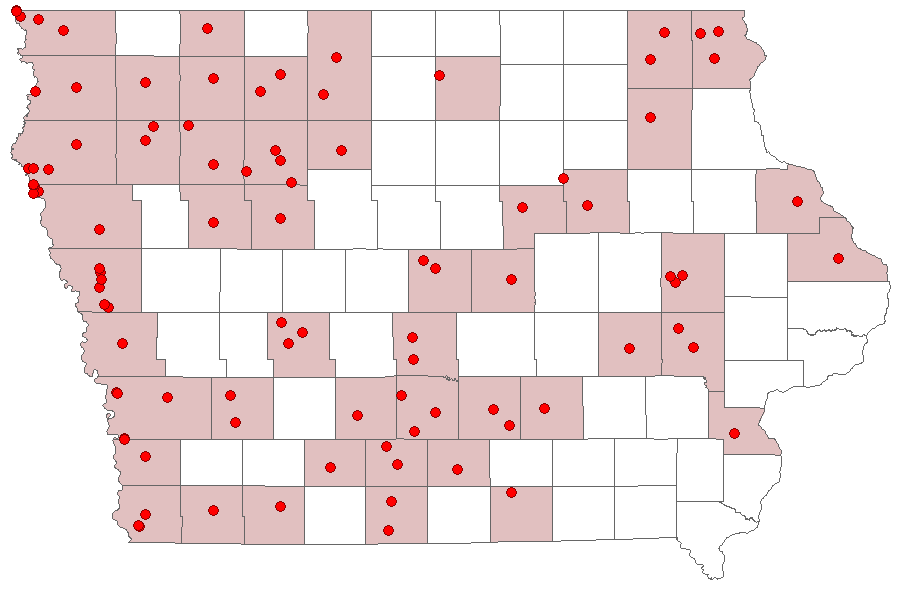 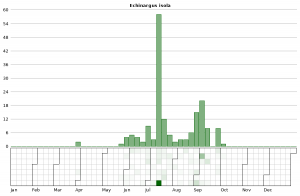 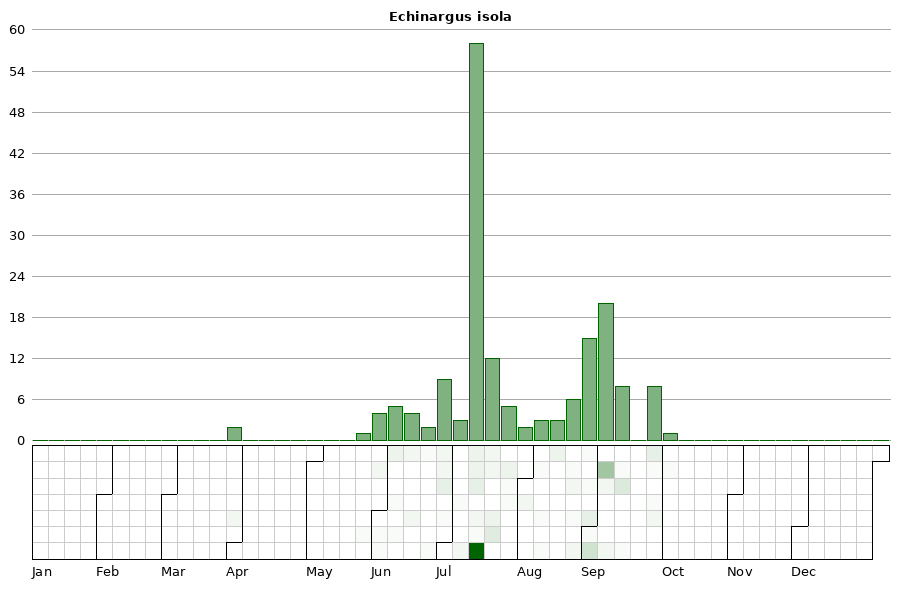 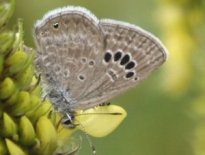 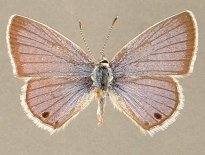 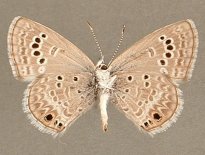 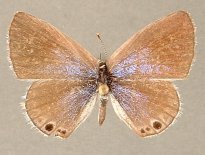 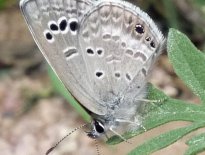