Distinguishing features: The upper surface is orange with a highly sculptured brown border with a row of dark spots in the limbal area of the hindwing. Below the colors are more diffuse with the hindwing covered with gray circular patterns.

Distribution and habitat: Rarely scattered throughout the southeastern three-quarters of the state, where it is most often found in woods along trails, gravel roads, and streams.

Natural History: The harvester is our only carnivorous caterpillar. While generally reported to live on wooly aphid colonies associated with alder, this shrub is rare in Iowa, having a range much more restricted than that for this butterfly. Perhaps wooly aphid colonies on dogwood are more often used, although harvester caterpillars have yet to be observed from such situations. To find larvae, look for large wooly aphid congregations near plant branch tips. The larvae are usually found near the margin of these colonies, and camouflage themselves with aphid detritus and cast skins. Probing such colonies with a twig is usually sufficient to dislodge this camouflage and reveal the larva. As the larval stage only lasts about ten days, they are easily reared by keeping cut branches with aphid colonies in a jar of water. The flight pattern is darting and fast, and netting adults on the wing is very difficult. Capture is made easier by waiting for adults to alight on a leaf (often dogwood), and then rapidly swinging the net up from below. 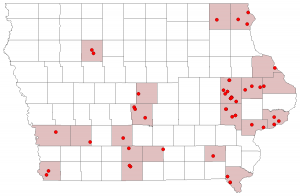 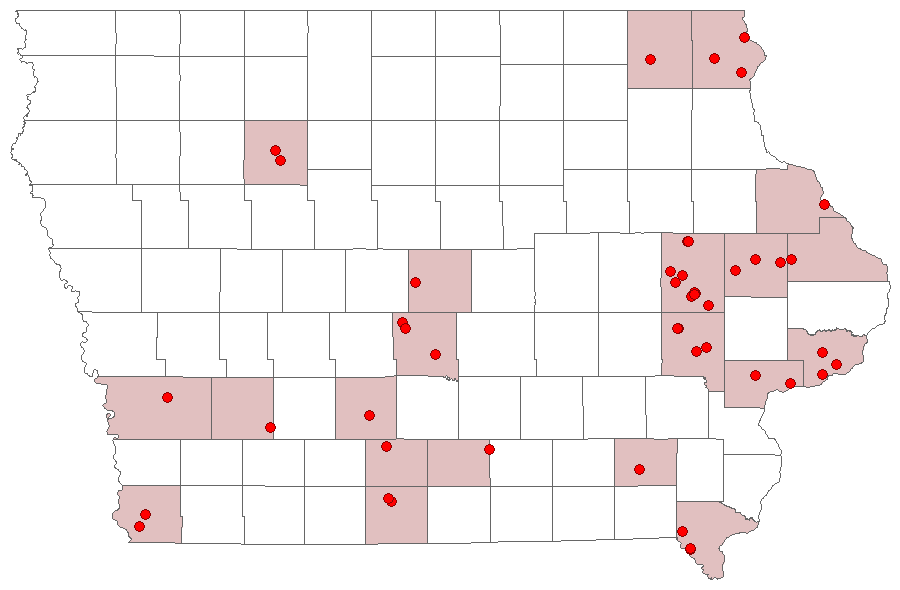 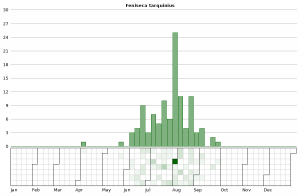 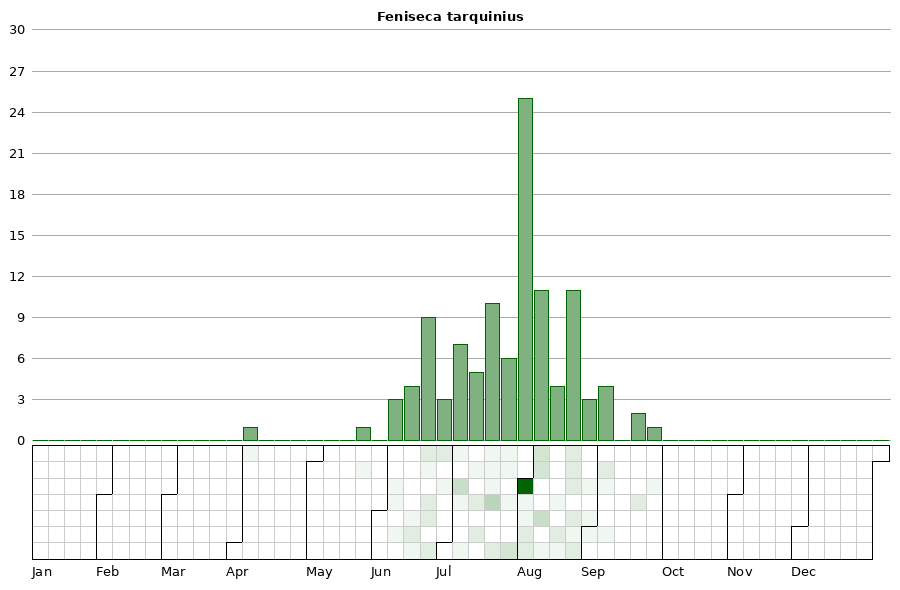 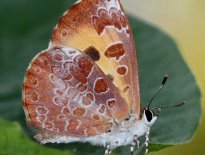 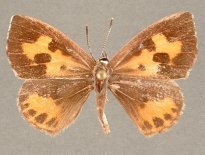 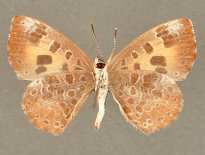 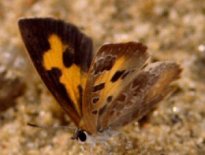