Distinguishing features: Its almost metallic, blue iridescent on the upper wing surface distinguishes this species. The females have a darker margin than the males. The under wing surface is dark gray below with a row of white bordered black spots on the forewing and a row of smaller dots on the hindwing.

Distribution and habitat: This butterfly is rare and local in the northwest and northern counties; also known from a single site in Shimek State Forest in the far southeast of the state. Populations are limited to native prairie and open, dry forest, and are usually small. 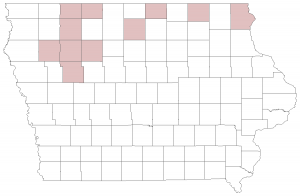 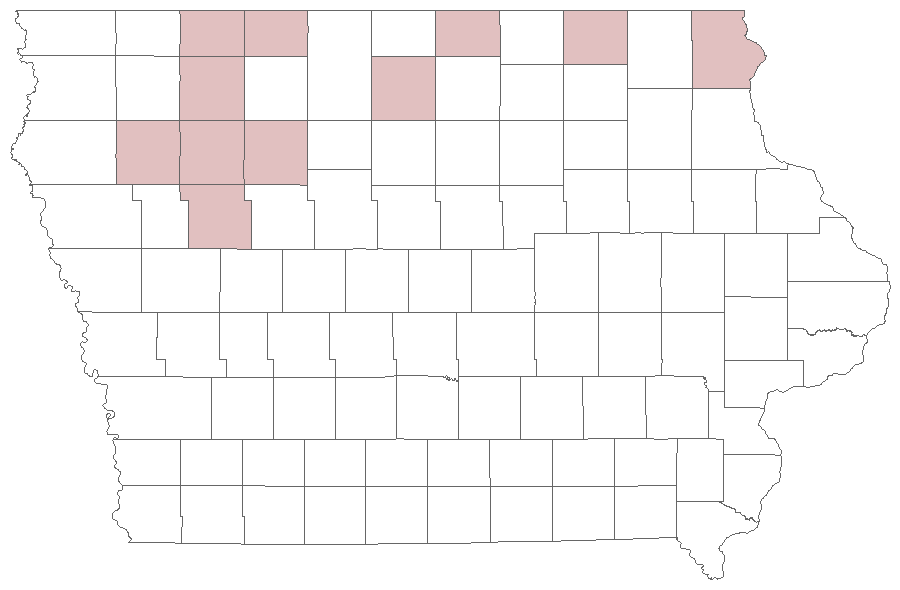 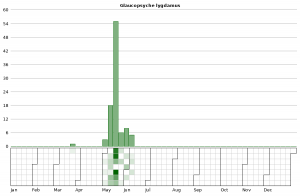 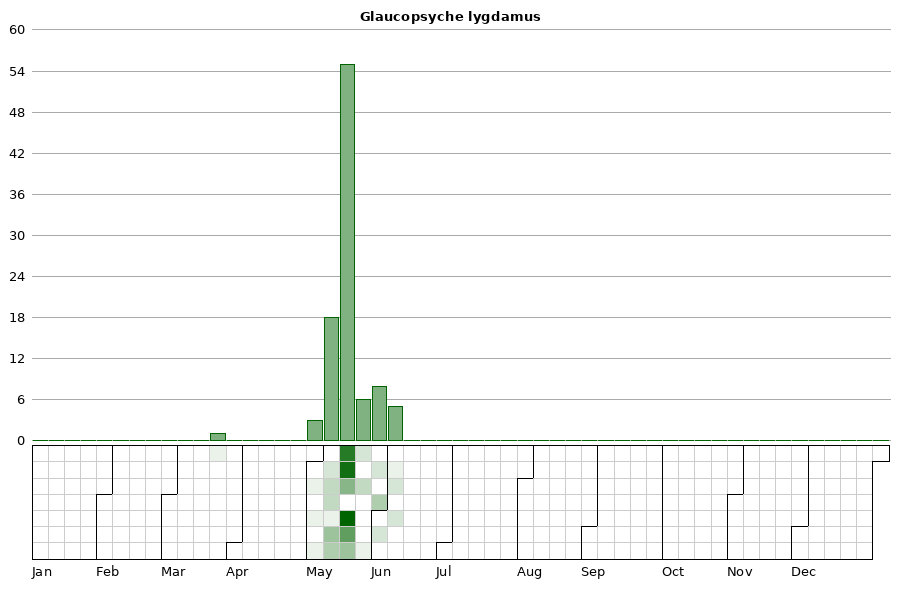 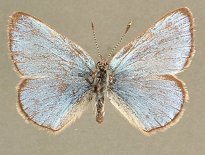 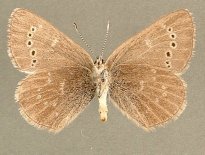