Flight time: A single flight, with adults emerging from early June to mid August. The great majority of adults have been observed from the end of June to mid July.

Distinguishing features: The Ottoe Skipper can be differentiated from the similar (and more common) Delaware Skipper based on its larger size, lemon yellow (rather than orange) under wing color, and darker upper wing surface. Males of this species and the Pawnee Skipper (Hesperia leonardus pawnee) are essentially indistinguishable. These species are best separated based upon flight times, with the Pawnee Skipper's flight ranging from the end of August through early October.

Distribution and habitat: This species is limited to xeric prairie habitats dominated by mid- and short-grasses in far western and eastern Iowa. Western Iowa populations are limited to the Loess Hills, to gravel ridges along the Big Sioux River and to moraines along the western margin of the Des Moines Lobe. Eastern Iowa sites are restricted to limestone and sandstone glades, with most of these being found along the Upper Iowa River. Although similar xeric habitats are found throughout northeastern and north central Iowa, no populations have yet been documented in these locations in spite of extensive searching.

Natural History: Larvae have not been observed feeding in Iowa, but they likely consume Little Bluestem (Andropogon scoparius), which is often abundant on xeric prairie sites. Oviposition has been noted on this plant, as well as on the flowers of Pale Purple Coneflower (Echinacea pallida), even though larvae do not eat this plant. Presumably, after hatching the larvae must crawl down the coneflower plants to reach appropriate food sources. The population at Freda Haffner Kettlehole has not been observed in over a decade, and it is likely that it was exterminated by management practices there. 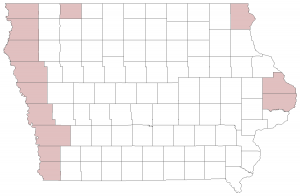 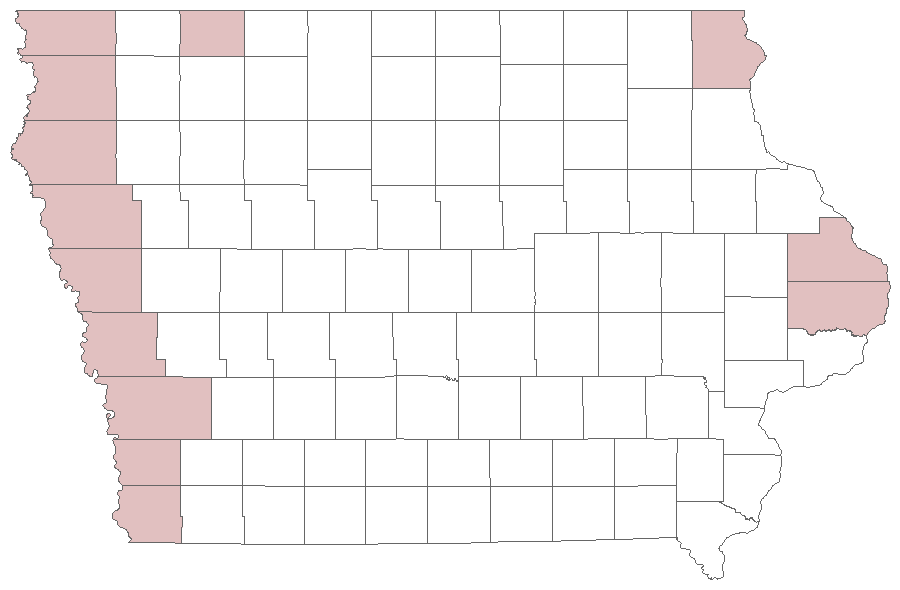 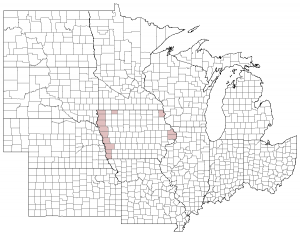 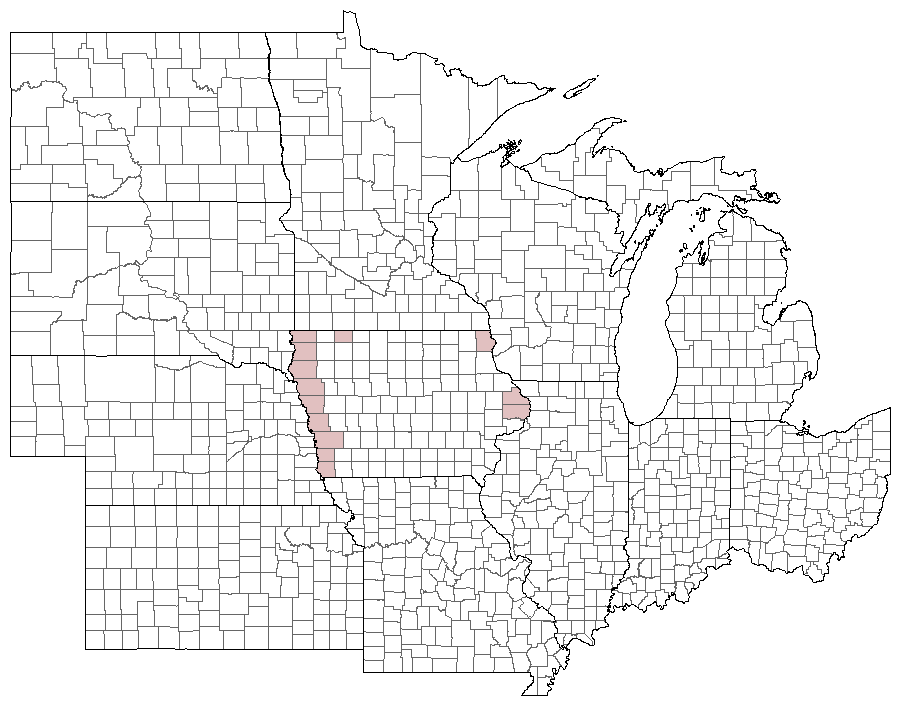 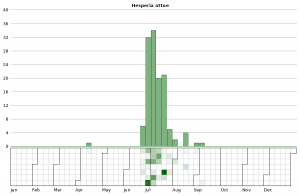 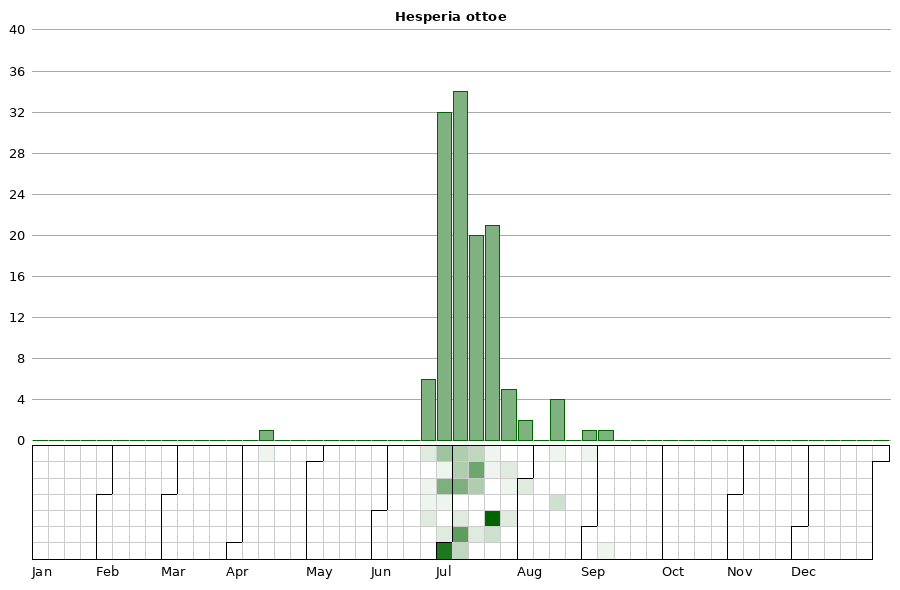 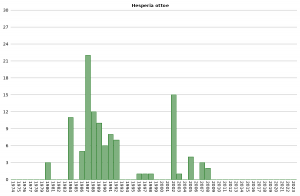 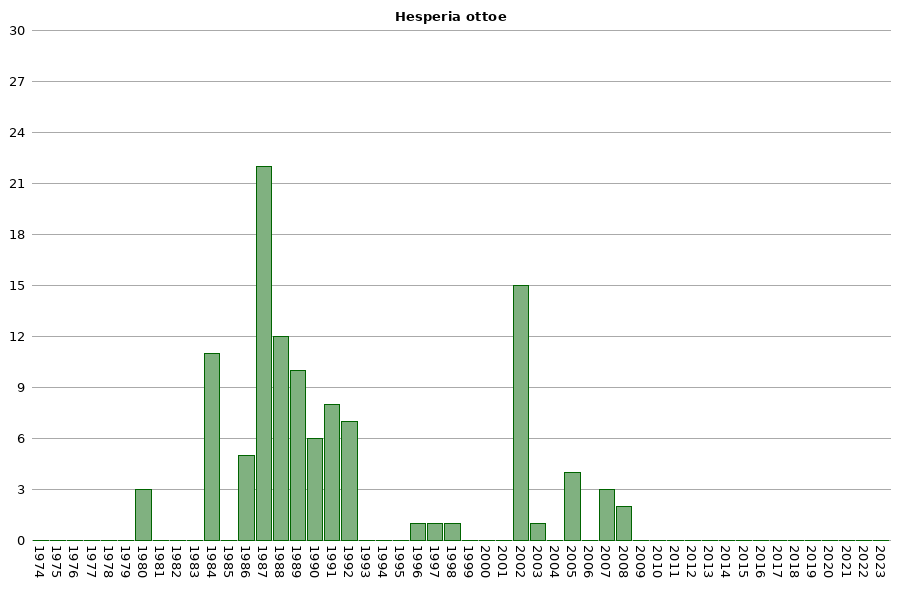 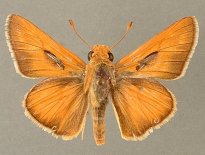 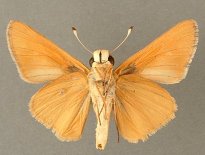 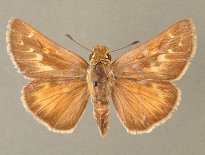 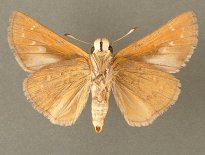