Flight time: Double brooded with the first largely flying from late-May to early-June, and the second in early-July. Scattered individuals have been observed from early May to early September, suggesting presence of other partial broods in some seasons.

Distinguishing features: Sexes are strongly dimorphic, with males being copper-brown above with a purplish iridescence, scattered black spots, and a band of orange spots on the hindwing margin. Females are orange with triangular black spots and gray margin on both upper fore and hindwing surfaces. Males of this and the bronze copper may be almost indistinguishable based on the upper wing surface. However, both sexes of the purplish copper have gray-orange under hindwing surfaces, with a margin of orange crescent-shaped spots on the outer margin.

Distribution and habitat: Scattered and rare throughout the northeastern third of the state, where it occurs in wet-mesic prairie, marshes, and wet meadows.

Natural History: Larvae consume a variety of dock (Rumex) and Knotweed (Polygonum) species. This is the most uncommon copper species in Iowa. 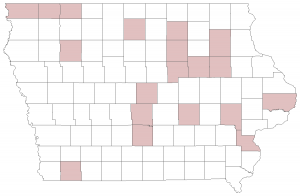 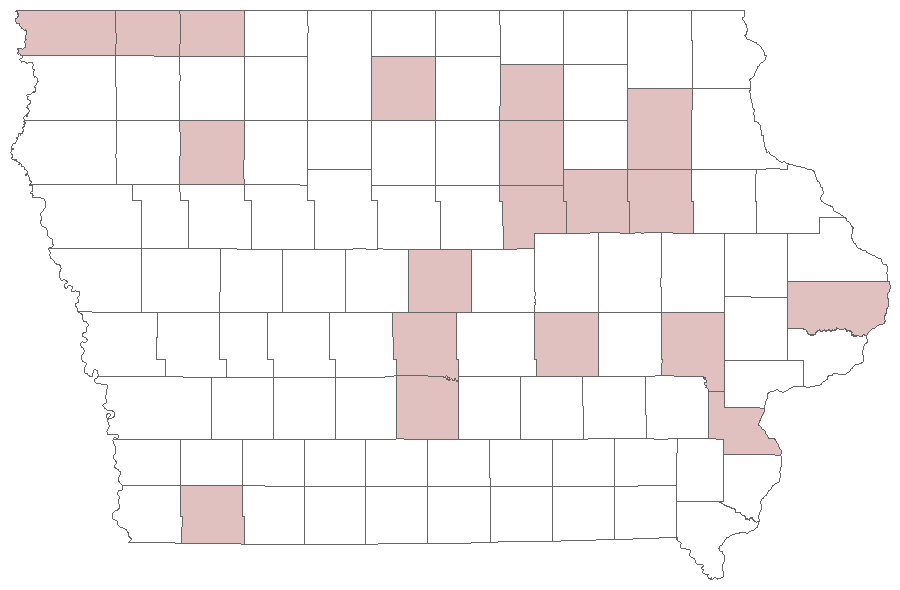 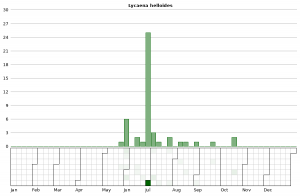 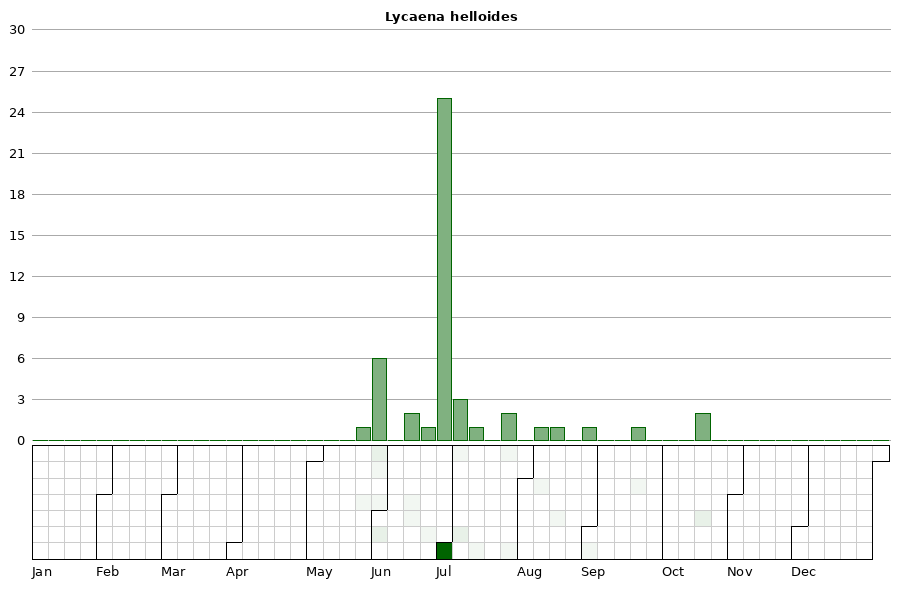 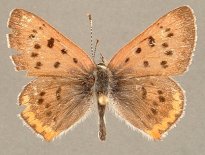 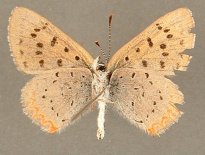 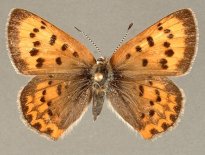 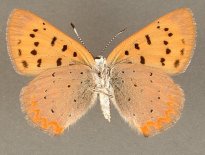