Distinguishing features: The male fore wing above is orange-brown; the hind wing is blue-black with brown basally and has two rows of spots, the outer orange and the inner white. The female has two rows of creamy-white spots. The female's forewing above is darker on the margin and apex. The hind wind below is brown-black with large silver-white spots.

Distribution and habitat: It is found infrequently but scattered throughout the western half of Iowa, it is rarer in the east. While populations are most commonly observed in native, dry-mesic to xeric prairie, they are also consistently seen in very small numbers near fens.

Natural History: Larvae consume bird's foot violet (Viola pedata) and perhaps other violet species. Adults are strong fliers, and appear to be long-lived. It may be extremely numerous on small patches of native prairie and be virtually absent from intervening farm and grasslands. While populations are often found to dwindle following application of fire management to sites, large populations commonly persist on hayed prairies (Swengel, 1998). 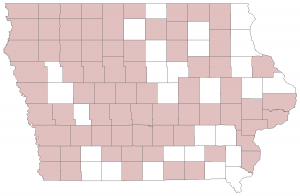 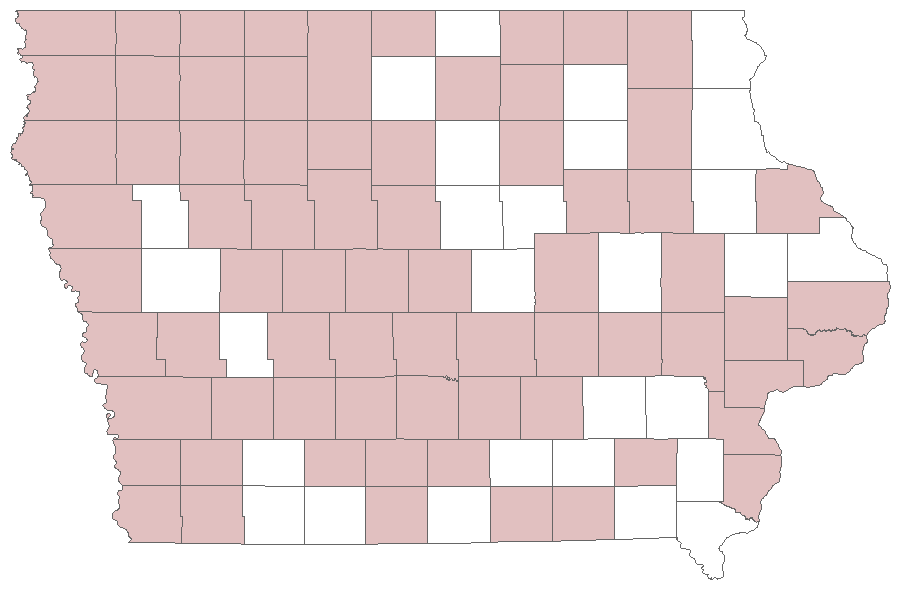 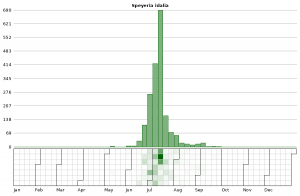 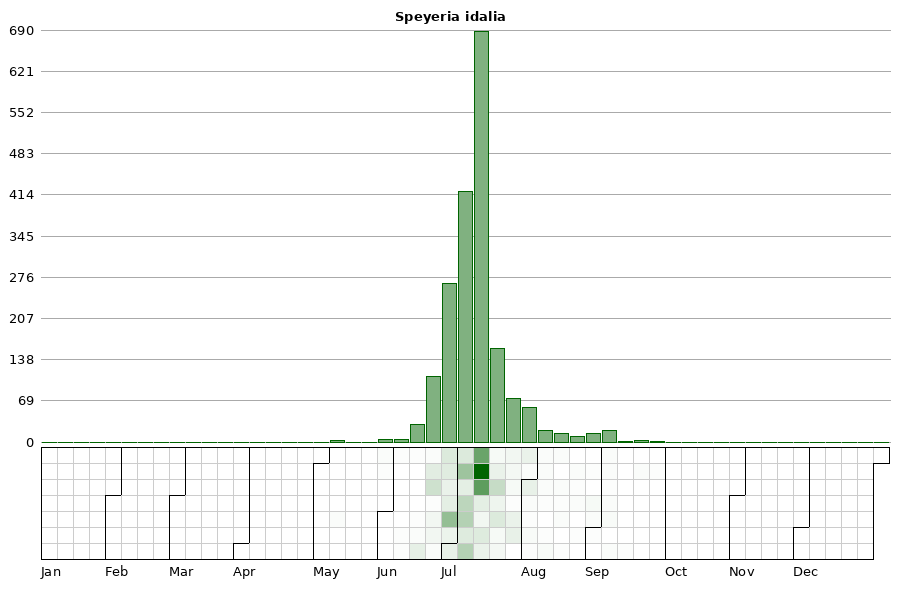 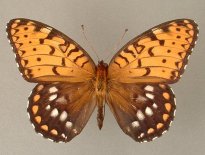 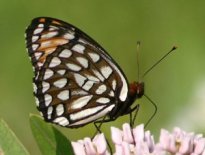 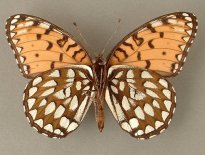 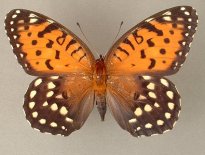 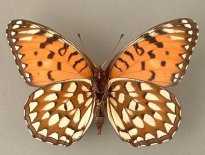 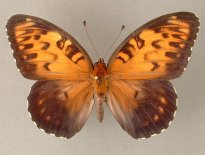 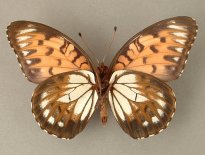 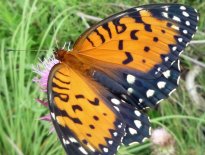