Flight time: Two broods; the first flying from late-April through May, the second from late-June through early August.

Distinguishing features: The wing underside is a striking green with a jagged white postmedial line bordered medially in brown. Wing appearance above changes between the two broods. In the spring both fore and hindwings have orange-brown centers with brown margins. In the summer form, the upper wing surface is unmarked and dark brown.

Distribution and habitat: Uncommon, with populations concentrated in the eastern and western thirds of the state. It occurs most frequently on limestone and sand prairies in the east and the Loess Hill and xeric gravel prairie in the west.

Natural History: Larvae consume red cedar (Juniperus virginiana) living on the margins or matrix of native xeric prairie. Adults rest in cedar branches with wings closed, allowing the green cast of the hindwing underside to afford a good degree of camouflage. Sweeping (or beating) cedar branches is often an effective sampling method when adults are not active. Active individuals may commonly be seen in spiral encounter flights above cedar trees. Although cedar is common throughout Iowa in a variety of disturbed habitats (like old fields), populations of the olive hairstreak have yet to be found in such situations. It has also not been found in the central third of the state, in spite of repeated location attempts. 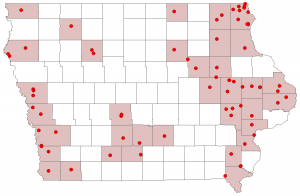 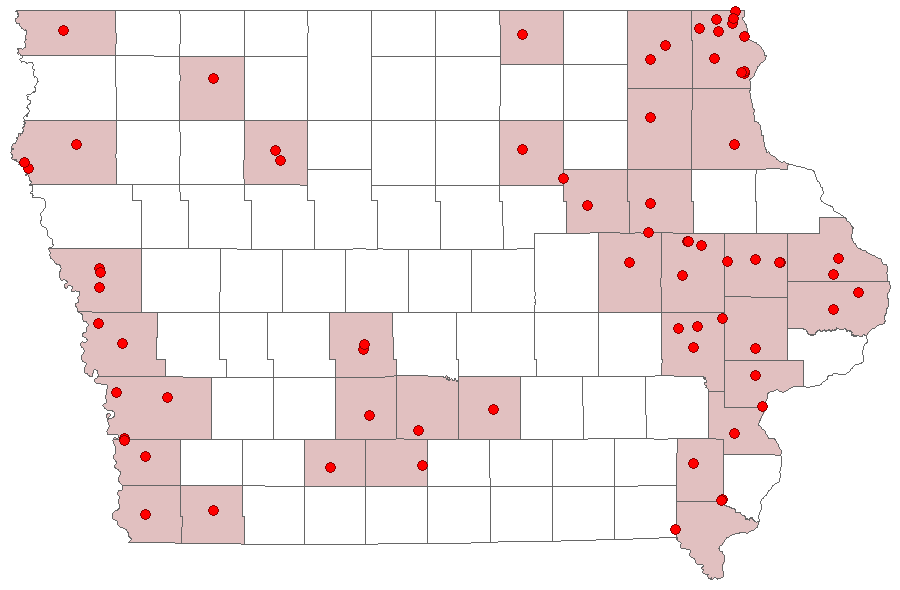 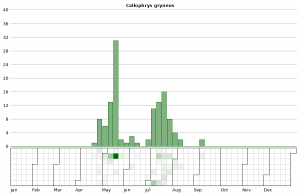 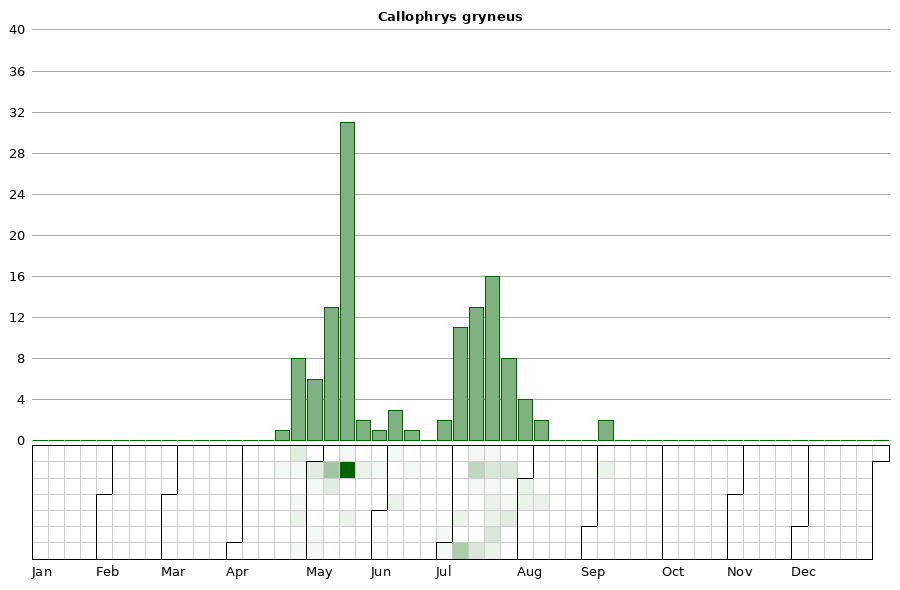 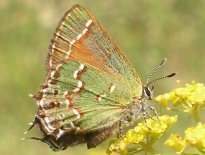 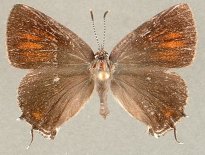 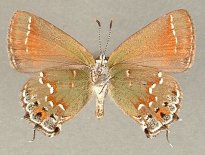 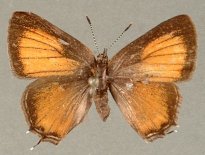 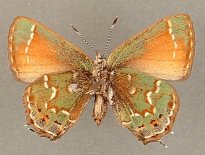 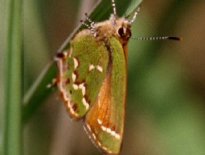 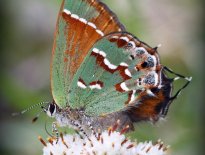