Flight time: Although one adult was collected in early August, the main flight occurs from mid August to the first of October.

Distinguishing features: No other Hesperia flies so late in the season in Iowa. It can be easily distinguished from the Sachem (which is in flight at this time) by its rusty-brown under wing and pale spots (for subspecies H. l. leonardus) or its pale yellow under wing (for subspecies H. l. pawnee). The two subspecies of Hesperia leonardus appear so different they were long considered separate species. H. l. leonardus is generally darker above with a light band in the center of the hind wing above and with light areas around the stigma on the fore wing. The hind wing below is rusty-red with a row of pale patches in the center. Iowa H. l. pawnee are typical of populations to the west (Howe, 1975; Tilden, Smith, 1986). The under wing color for both sexes is light yellow. While male under wings are usually unmarked (some will have a faint row of white postmedial spots), females do exhibit pronounced lighter patches in the center. Males are tawny above and are essentially indistinguishable with the earlier flying Ottoe Skipper. These two subspecies completely intergrades within a 60 km band extending over Monona, Harrison, and Pottawattomie counties in the Loess Hills (Spomer, Higley, Orwig et. al., 1993). The Jackson County population is quite similar to individuals observed from the Paleozoic Plateau in southwestern Wisconsin, as they have a somewhat lighter under wing color with smaller light spots. Some have suggested these populations represent H. l. leonardus - H. l. pawnee intergrades. However, these populations differ greatly from the true intergrades observed in the Loess Hills, and may represent a unique geographically isolated race.

Distribution and habitat: Although records are known from scattered locations across the southeastern half of the state, the only extant H. l. leonardus populations are known from Mills and Fremont counties in the Loess Hills, and from a single Jackson County site. H. l. pawnee occurs along the western border from northern Monona to Lyon County. Both subspecies are limited to xeric prairie of the Loess Hills, gravel ridges and limestone glades.

Natural History: Although larval host plants have not been recorded in Iowa, all populations occur in areas supporting a dense growth of Little Bluestem. H. l. leonardus adults appear to only use Rough Blazingstar (Liatris aspera) for nectar, although a few stray individuals may be seen in Wisconsin on other Liatris species, Knapweed (Centaurea maculosa), and Western Sunflowers (Helianthus occidentalis). A number of sites in northeastern Iowa support luxuriant Little Bluestem growth but little or no Rough Blazingstar. Leonard's Skipper has not been located at any of these sites. H. l. pawnee has been observed nectaring on both Rough and Dotted Blazingstar (Liatris punctata). 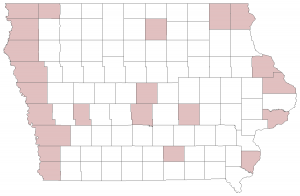 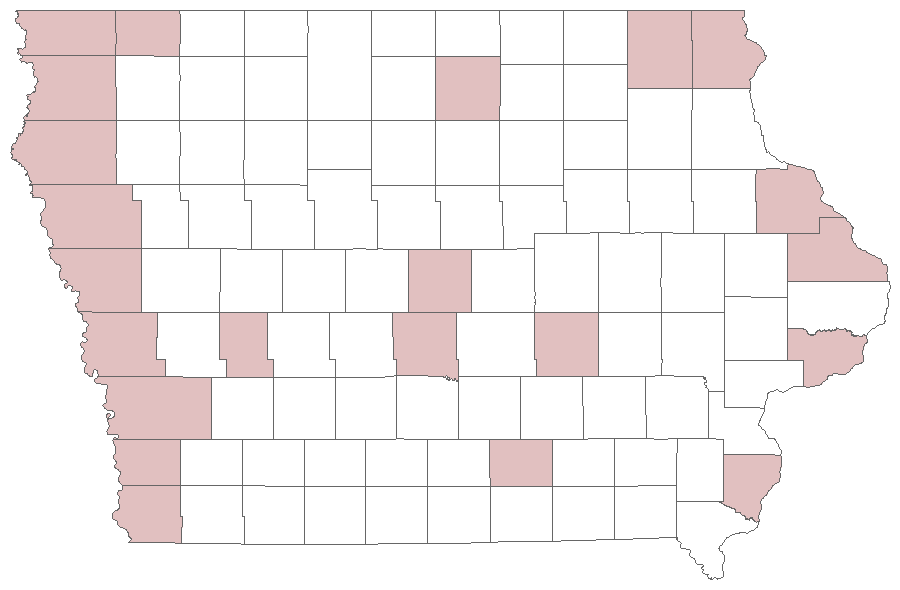 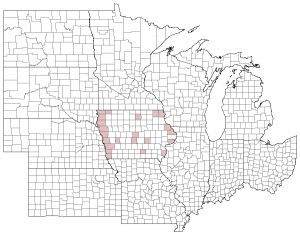 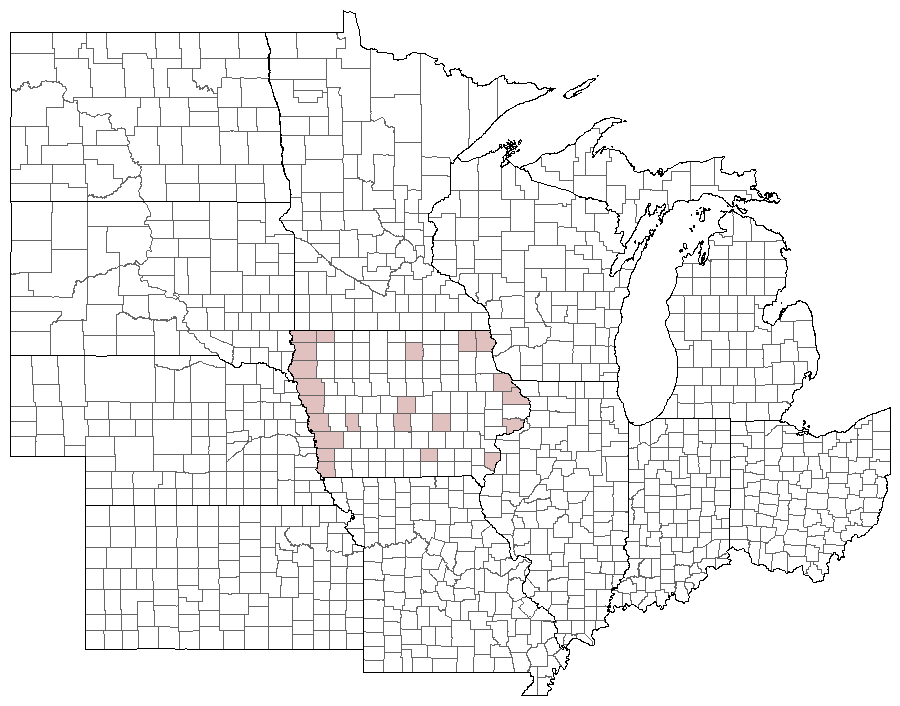 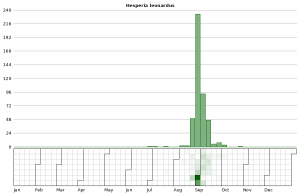 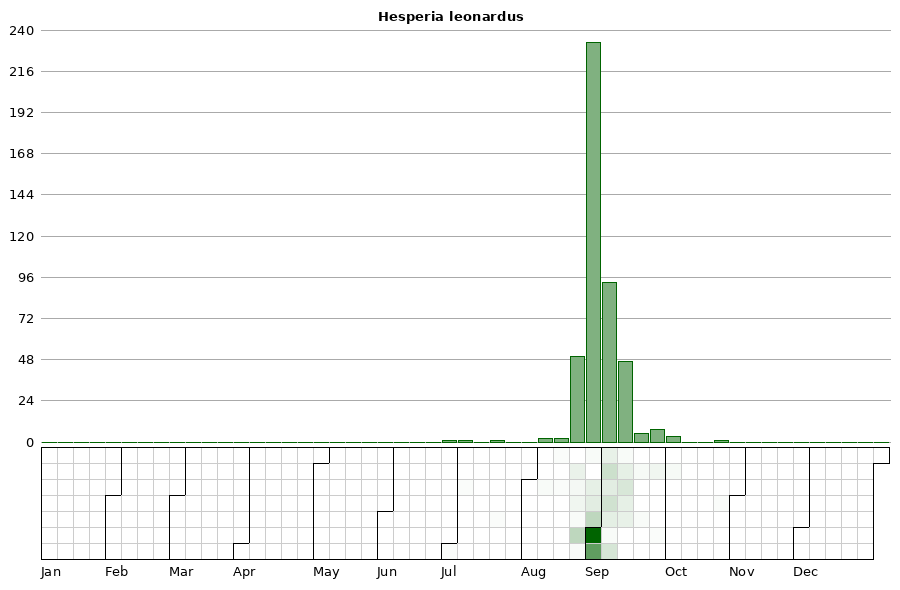 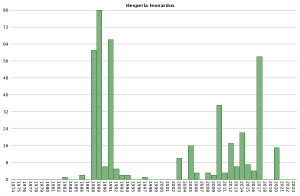 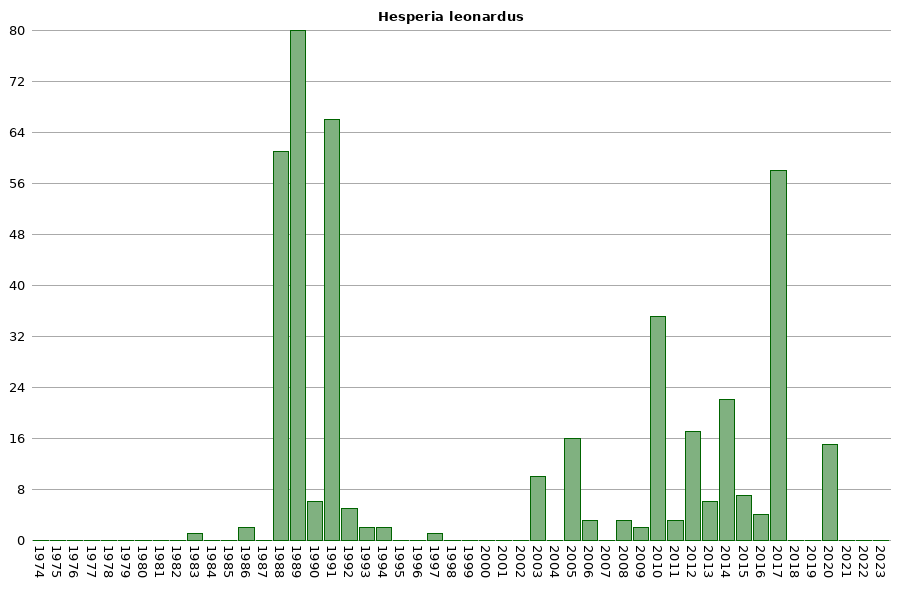 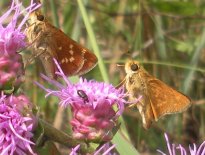 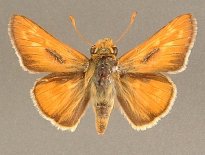 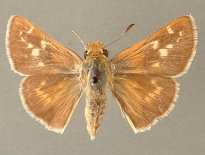 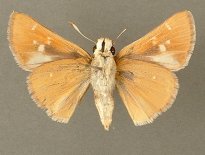 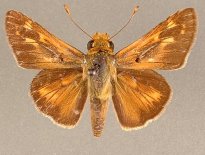 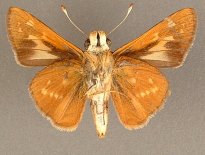 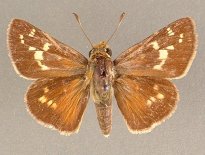 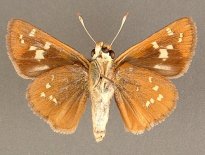 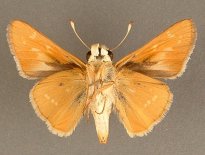 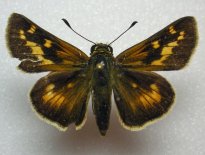 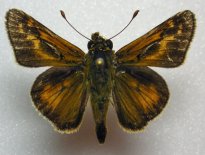 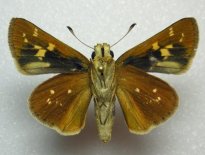